Duel Decks- Knights vs Dragons: The Dragons Review (Part 1 of 2) 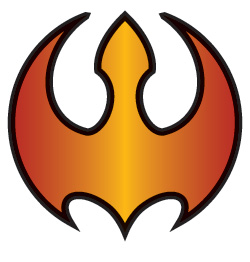 “They surround us, Great One. Their net grows tighter each day.”

Welcome back to our ongoing in-depth review of Duel Decks: Knights vs Dragons. In our last feature, we took a look at the Knights deck and determined that it was build as a hybrid tribal/White-weenie aggro-rush that looks to dominate the early game and deny the Dragons a chance to leave their dens. If there’s one thing those so-called heroes weren’t counting on, though, it’s the fact that the Dragons have not amassed their power without accumulating a few friends and allies along the way. If the Knights were expecting to ride freely to the mouth of the cave and challenge the rightful inhabitant to combat, they are sadly mistaken.

They may indeed make it to the mouth of the cave… but only after being harried by Goblins, attacked by Humans and Elementals, engulfed in flame and assaulted by the very ground itself. By the time the first Dragon unfurls its leathery wings, the Knights should be so battered and singed that they’ll put up little resistance against the inevitable. And if facing up to nine Dragons (not counting the Fire-Belly Changeling) isn’t the inevitability of death, what is?

A Tale of Destruction Without Equal

The Knights will be relentless, and they will be bringing with them numbers and speed. The Dragons deck, then, looks to slow the game down a little by clogging up the red zone early and killing off as many Knights as it can. There are a number of ways to do this. Let’s begin first with the mana curves, so we know what’s expected of any pilot that would tame the Dragon:

Okay, pretty serious stuff. The good news is, we’ve a number of tools to get the job done. The deck’s number-one focus is to get its Dragons to the air- everything else is disposable and expendable. Towards that end, there’s plenty of stall available. A Cinder Wall is a very nasty deterrent against attacking, but the Knights player is going to have little choice- to sit back and mass an army for a single massive strike on turn 12 is death.

A pair of Mudbutton Torchrunners probably won’t kill anything on their own (most Knights have 2+ toughness and often come with first strike to boot), but they do a fine job of blocking some incoming damage. Then, once the Torchrunner heads towards its final repose it can take a Knight with it anyway. For more chump-blocking goodness, there’s a pair of aptly-named Dragon Fodder as well. A Bogardan Rager’s flash allows it to be cast as a combat trick, and offers a temporary but significant bump to a target creature’s power. The Bloodmark Mentor gives all of your Red creatures first strike, letting them fight fire with fire (so to speak). Finally, the aforementioned Changeling isn’t much of a powerhouse on its own, but as we’ll see its changeling ability to count as a Dragon will come in handy later.

Not enough? No, of course not- we’re only getting started. Don’t feel like relying on combat to take care of the pesky Knights, or prefer to simply have the satisfaction of cooking one within its convenient platemail wrapping? You’ve got a delightful abundance of options! A pair of Fiery Falls will deliver a walloping, with its basic landcycling ability also a convenient way to get your dragons out that much faster. Punishing Fire will make your opponent think twice about using those lifelinking Knights and lifegain as it truly is a gift that can keep on giving. Ghostfire is an all-important colourless source of direct damage, critical for picking off that pesky Silver Knight whenever he hits the board. Cone of Flame offers the tantalising promise of a three-for-one blowout if used at the right time.

Next there are a trio of spells that deal damage based on the number of Mountains you have in play at the time of casting them: Jaws of Stone, Seismic Strike, and Spitting Earth. Since the only land you have in the deck are Mountains, it doesn’t get easier or more lethal than that. Finally there’s a Breath of Darigaaz, a sorcery with a kicker than can roll up your opponent’s entire field and virtually seal a game for you on the spot, if you catch them overcommitted. If your tastes run a bit more poetic, there’s also a Temporary Insanity which can grab a Knight and force him to block one of his incoming fellows for a two-for-one.

Regrettably, some flavour wag thought it fun to include a Dragon’s Claw, a card which is seldom a very welcome sight. On the upside, the tie-in is more than thematic, and it will have its uses. Because the Dragons deck happily trades life for time, more life simply means more time it can borrow to get its most lethal options onto the table.

Burn Within Your Soul

While your Goblins and associated beaters are making the Knights pay for every inch, and while you rain fire down onto the battlefield to burn them where they stand, the Dragons have been readying to take wing. There are a few ways to accelerate this process. A pair of Armillary Spheres will grab two more lands and put them into play for you. A Seething Song will give you a massive influx of Red mana, and if drawn early can power you into a most unexpected surprise! The Skirk Prospector lets you convert Goblins into mana, while the Dragonspeaker Shaman lowers the cost of every one of them. Given their pricetags, you’ll need all the help you can get!

While building up, you also have the option to “create-your-own” Dragon, courtesy of a few enchantments included within. Even a lowly 1/1 Goblin token can become a useful distraction while you stall the early board. Shiv’s Embrace gives a creature +2/+2, flying, and firebreathing. Claws of Valakut doesn’t pump the toughness of the creature it enchants, but instead the massive power boost is backed up with first strike. Finally, Captive Flame gives all of your creatures firebeathing. Delicious!

Of course, formidable as all this is, it is merely the appetizer- the real meat of the deck are unsurprisingly in its Dragons. Outside the pair of Dragon Whelps, each brings a distinct and unique aspect to the wing. The Henge Guardian is the smallest of the clutch as a 3/4, but it has the ability to gain trample on activation. Additionally, as an artifact creature it’s one of the defenses you have against the Silver Knight. Next there’s the Voracious Dragon, also on the smaller side but able to increase in size by devouring creatures when its summoned. If its breakfast happens to contain any Goblins, all the better- it thanks you with a targeted blast against a creature or player.

Like its Voracious kin, what you see isn’t always what you get with the power and toughness of the Kilnmouth Dragon. Naturally a 5/5, its amplify ability means you’ll frequently unveiling him as an 8/8 or even 11/11 when summoned. A brutal attacker, it also can grind up your opponent’s best Knights each turn. Indeed, murdering Knights is a specialty of the rest of the Dragons in the deck. The Mordant Dragon can blast a creature if it inflicts combat damage to your opponent. The Shivan Hellkite converts mana to direct, reusable damage. The Thunder Dragon comes equipped with a Slagstorm for all non-flying creatures, and finally the Bogardan Hellkite brings a massive amount of pain along with it when it enters the battlefield.

The Dragons take wing and defend against the encroaching, intruding Knights in our next installment in two days. We’ll first present from the perspective of the Knights’ pilot, with a second round of three games from the Dragons’. See you then!