Today we kick off the Championship coverage with the Rosewater Conference and the eight decks of the Nagle Division! By the end of the day only half of these decks will still be in contention- the rest will have been sent home in ignominious defeat. Here’s the Nagle Division’s quadrant of the brackets once again:

Overall, we see some interesting matchups taking form already early in this contest. There’s a ‘mirror-match’ of Red/Green decks with The Adventurers and Brute Force, and in an interesting twist all three of the Duels of the Planeswalker decks have ended up here as well. In alphabetical order, here are today’s contenders!

Detail: A swarm strategy that explores the set’s new Ally mechanic, The Adventurers comes highly rated in our set review and is expected to be a real contender. (Reviews: deck, playtest)

Detail: A somewhat clunky  five-colour Domain deck balanced against a a somewhat hobbled mono-Black opponent, how will it play out against decks it was never balanced against? (Reviews: deck, playtest)

Detail: This deck showcases the set’s Multikicker mechanic, which means it may have some advantage when games go long, to get the most out of its abilities. But will the other decks give it that chance? (review: not available)

Ears of the Elves

Details: The brightest star in a somewhat mediocre sky, this was the one Duels of the Planeswalkers deck that seemed to consistently work. With a very well-supported tribal synergy, it’s another of the early frontrunners for advancement. (Reviews: deck, playtest)

Details: Another of the Duels decks that seemed to be at least reasonably constructed, Eyes of Shadow sports a collection of Black creatures wrapped around a minor discard subtheme. (Reviews: deck/playtest)

Teeth of the Predator

Details: A mono-Green stompy deck that’s virtually devoid of ramp options, Teeth will need to use its wits to span the gap from the mid-game to the late-game, just to stay alive. (Reviews: deck, playtest)

Set: Rise of the Eldrazi

Details: Another deck with expensive options that has little actual interest in seeing you get there (the Gigantomancer costs eight mana and the deck has no ramp), this deck was poorly reviewed and little is expected of it. Can it surpass expectations? (Reviews: deck, playtest)

Details: A Black recursion deck bristling with threats, will it manage to get the job done on the battlefield given a rather paltry suite of removal? (Reviews: deck, playtest) 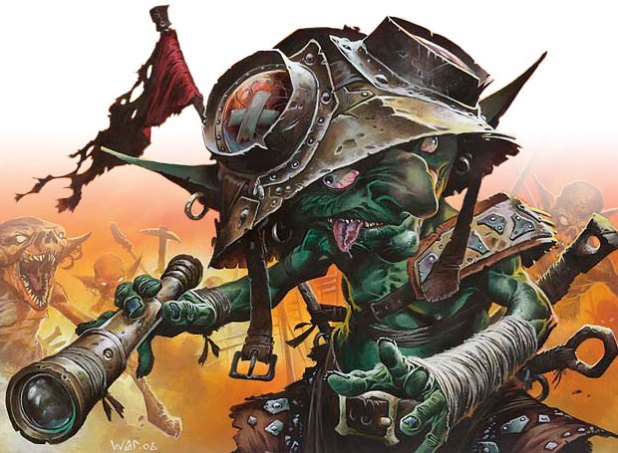 And now… let the games begin!

Zombie Empire vs Ears of the Elves

Mulling down to 5 means that Zombie Empire is fighting with one rotted arm tied behind its back, and it never seems to quite recover. The Elves capitalise with a strong early opening, with Elvish Warrior, Elven Riders, Moonglove Winnower leading the pack. The Zombies rally behind Nefashu in the mid-game, but a timely Essence Drain sends him packing. Bolstered by a pair of Eyeblight’s Endings, the Elves get there behind the potent force of the Immaculate Magistrate.

The Zombies rocket back from the crypt in the second match, with an early Festering Goblin and Rotting Rats leading the way. The Elves have another strong start as well, but get two-for-oned by an Incremental Blight which eliminates the Elvish Champion. They battle back with a Moonglove Winnower and Lys Alana Huntmaster, the latter of which claims the scalp of an Ascendent Evincar (aided by a timely Giant Growth). Again the Elves have the fortune of two Eyeblight’s Endings, and they manage to get there in two straight, knocking the Zombies from the competition.

WINNER: Ears of the Elves

The Adventurers vs Brute Force

It’s a solid matchup for the division’s two Red/Green decks, but game one is a rout! Brute Force gets out a turn 3 Leatherback Baloth, and the most The Adventurers manages is to Act of Treason it. Locked out of Green, The Adventurers watches haplessly as Brute Force ramps into a Terastodon and sweeps in for a mercykilling.

Looking to battle back, The Adventurers trots out some early Allies: Joraga Bard, Highland Berserker, and Tajuru Archer. Meanwhile Brute Force just manages a Grappler Spider and Giant Spider, but also gets out a Rumbling Aftershocks. Stalled a bit by mana flood, The Adventurers takes a beating from the Aftershocks as several multikicked cards hit the table, including a pair of Gnarlid Packs. The play of the game is when Force is tapped out from its second Pack and The Adventurers lands an Overrun. Caught with a Lightning Bolt and Giant Growth in hand with no mana to use them, Force takes a hiding. The tide is turned with a Turntimber Ranger, who is dealt with, and a Kazuul Warlord- who isn’t.

It all comes down to this! Can the favourites seal the deal, or do we have our first Cinderella story taking shape? Brute Force gets out a steady stream of dorks: Greenweaver Druid, Grappler Spider, and Borderland Ranger, followed by a Vastwood Zendikon. The Adventurers land the lethal Kazuul Warlord a second time, along with Tuktuk Grunts, and the pair of them swing in for 9. Brute Force’s dorks aren’t so bad as an Overrun lands, and The Adventurers is looking at 30 points of damage rumbling across the table. As it happens, they were one turn away from launching their own Overrun, but it’s small consolation. It’s an upset!!

Eyes of Shadow vs Totem Power

Liliana’s starter deck sets up early with a Megrim and Underworld Dreams, and gets through a stalled middle with Severed Legion. Totem Power has anything but– a single Ornithopter laced with a Boar and then Mammoth Umbra, but it’s enough to keep most of Liliana’s forces at bay. It’s tit for tat once the ‘Thopter gains Vigilance, and Liliana squeaks a win with two life remaining. Totem Power– stuck on one Plains with both a Harmless Assault and Angel’s Mercy in hand, is left wondering what might have been.

It’s a similar layout as the previous game- Totem Power holding firm in the middle with a Cudgel Troll, Prized Unicorn, and Nema Siltlurker, while Liliana traipses through courtesy of an Unholy Strength‘ed Crowd of Cinders. The play of the match is when Liliana Mind Rots away the only two cards in Totem Power’s hand: the seventh land and a Pelakka Wurm. Totem Power never recovers.

Teeth of the Predator vs The Coalition

In intriguing matchup- a rampless Green beats deck versus five-colour Domain! Teeth shows plenty of them as it establishes itself with a turn 3 Trained Armodon with turn 4 Blanchwood Armor, followed by a pair of Spined Wurms. The Coalition’s Battlemages can’t keep up, and a slow train of chump blockers queue up to fill its graveyard. Once Gerrard Capashen takes his place in the chump line, The Coalition has run out of options.

Teeth of the Predator gets out the usual swarm- 2x Bears, 2x Civic Wayfinders, a Trained Armodon, and a Spined Wurm. The Coalition’s Troll and Nomadic Elf, both girded with Armadillo Cloaks, keep things close, and aggressive play puts Teeth down to 5 life. Double-blocking and a timely Giant Growth eventually kill both The Coalition’s critters, and it has only one chance to win: draw an Island for a 5-point Tribal Flames. Howabout a Terramorphic Expanse?

An out and out rout. Double Bears then Vigor are more than a match for a Thornscape Battlemage and a Yavimaya Elder. The Coalition is too slow to withstand even this poor Green stompy deck. Once the Loxodon Warhammer hits the deck, it’s all over. Even if the Coalition had managed to find a small reprieve, even worse was waiting in the wings: a Howl of the Night Pack + Overrun in hand, just one land away!

WINNER: Teeth of the Predator

That’s all for now! All three of the Duels of the Planeswalker decks have defied expectations and advanced, while early favourite The Adventurers is bounced from contention in spectacular fashion. Join us next time when we bring you more of the exciting Nagle Division action, and we’ll see who gets to take the glory to the Quarterfinals as the divisional champions!