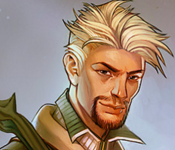 Back on the first of January, I posted an article here called the “State of the Site.” IIt was the first of its kind, as well as the last- later updates for one reason or another I moved to a Tumblr page, long gone to weeds.

Since I haven’t given a site update in awhile, I thought I’d take a few minutes today to do so, even if 06 March isn’t quite as exciting as a New Year’s Day.

Longtime readers know that we posted content here at a machinelike pace, with a new article going up every 48 hours for several years. I often draw some consolation in thinking that that just might make me one of the most prolific writers of Magic in existence, if you go by simple word count. (I said prolific, mind, not “best”.)

I’ve posted close to one thousand articles here on Ertai’s Lament, though to be fair we’d had a handful of guest author pieces, and a small number of articles are quite brief (thinking of the “Coming Soon” teasers for the Precon Championships). Without worrying about getting too precise, let’s just say the average length is 1,500 words.

If the word count of a nonfiction book clocks at 100,000 (per Wikipedia, that’s something of the default upper limit for doctoral dissertations), then this site has published over fourteen books’ worth of content. On preconstructed Magic. That blows me away.

As it happens, though, this year I’m going to be writing an actual book, a nonfiction book on a completely unrelated subject (an oral history of American grassroots soccer support). That’s going to take up a lot of the little free time I have.

That said, I’ve really enjoyed coming back to Ertai’s Lament, and I think the pace of release now is a touch on the slow side of what I’d like to see and what is feasible to see, but the irregularity is probably the norm (such as, no articles for a week and then two in two days). I’m going to try and keep the gaps between posts a little tighter.

By “historical reviews,” I mean reviews of decks from sets that are in the past. The slower pace of publishing means I can’t dive as deeply into these as I used to, but on the other hand, I do gain some ground with the lamentable loss of the Event Decks and Clash Packs. The loss of these was a disappointment- I’m of the opinion that more precon is better, and I wish they’d do some for sets like Conspiracy II.

I’ve gotten a lot of questions from readers about two site features in particular: Ertai’s Meddlings, and the Preconstructed Deck Championships. I can confirm that both of these will be returning. I’ll probably begin the Meddlings with Shadows over Innistrad, no schedule yet on the Championships. I’m up in the air whether I’ll do the Meddlings here, or work with another site like I have in the past (such as Gathering Magic and Quiet Speculation).

Duels of the Planeswalkers

Finally, does anyone know of a website that has the full decklists for the last couple DotP releases? It’s easy to find the early deck lists, but I’ve come up with nothing from the later releases. Any guidance would be great!

As ever, many thanks to all those folks who have returned, and thanks as well to those discovering the site for the first time!