Tempest: The Slivers Review (Part 2 of 2)

It’s now time for the $75 question- how well-constructed is The Slivers? With new copies of the deck often commanding that high a price, we’d at least want to know whether or not the deck actually works. To find out, Jimi picked up Deep Freeze to try and shut down the hive mind.

Jimi leads us off with a Plains, while I nab the game’s first creature with a Metallic Sliver. Next turn Jimi adds an Island, while I continue my build-up with a second Metallic Sliver after a 1-point attack with the first. Jimi’s turn-3 Wind Drake quiets things down a bit, though, at the cost of tapping out- I cherrfully play a Mindwhip Sliver with no threat of counter.

Now turn 4, Jimi attacks for 2 with the Drake then Dream Caches, nabbing a Plains to land her fourth land drop. With no Islands open, I main-phase Diabolic Edict her Drake to get around any counters, and send in the troops for 4 to leave her at 15. Next turn Jimi throws a Gaseous Form on my Mindwhip. I add a Winged Sliver to give my creatures flying, then send in the Metallic Twins for 2 more damage.

Jimi’s turn-6 Puppet Strings promise to absorb some of the damage incoming from my Slivers, but stuck on four land she can’t activate it right away. My 3-point attack cuts her to 10, after which I play an Essence Bottle. If Jimi’s land situation is poor, mine’s even worse- I’ve only managed three land in play with no relief in sight. Next turn Jimi Pacifies the Winged Sliver, so again I bash in with the Metallics.

Down to 8 life, Jimi’s turn-8 is a blank, though she manages to drop an Island. At the end of her turn I put an elixir counter on my Essence Bottle, then draw an Island of my own. I send in the Metallics and Jimi’s able to blunt half of the damage with an Invulnerability, buying it back to her hand. Next turn she goes a step further, pitching a Metallic Sliver back atop my library with a Time Ebb. After adding another elixir counter at the end of Jimi’s turn, I draw and play my Metallic Sliver. Jimi’s tapped the other with her Strings, so I have no attack on offer. It looks like Jimi’s manage to stall me out.

Her turn 10 is another blank as she fails to capitalise, and I add another elixir counter to the Essence Bottle. She taps down one of my Metallic Slivers once my turn is underway, so I opt to pop my Winged Sliver with the random discard effect (thanks to the Mindwhip) and hit paydirt: the Invulnerability. This lets me go in on the attack with the remaining Metallic Sliver to put Jimi at 6 life and break the deadlock.

Now turn 11, Jimi has still another blank turn which sees me add an elixir counter. Back to me, she taps a Metallic Sliver and takes a point of damage off the other one. I then summon a Clot Sliver which draws a Dismiss from Jimi, but I’m ready with the Counterspell to back it up and the Clot Sliver resolves.

On turn 12 Jimi finally lands an aerial threat in the form of a Sky Spirit, but once it’s my turn I try and swat it aside with a Dark Banishing. This time it’s Jimi’s turn to play the Counterspell, but I delay it into oblivion with an Ertai’s Meddling and the Dark Banishing too resolves. Unburdened by her defense, I attack for 3, and take the game a turn later.

Due to unforeseen circumstances, Jimi’s not able to finish this match so Sam, ever-eager, happily slots right in to pick up where her mother left off. She leads with a turn-3 Horned Turtle, which is fine with me as by then I’ve landed an opening Metallic Sliver and a turn-2 Winged one. By the time turn 3 is over, Sam’s already at 17 life and I’ve added a Clot Sliver to the mix. We then spend the next few turns trading attacks back and forth, each of us watching the other for openings through all the countermagic. Unfortunately for Sam, my creature advantage is substantial and evasive, so as we enter turn 7 she’s down to 8 life with me at 17.

Finally, one of us make a move on turn 7 and it’s Sam, summoning an Avenging Angel. That draws an immediate Dismiss, and since the Angel never made it to play Sam’s unable to put it back atop her library. I draw a card off the Dismiss, and it’s a Swamp. With Sam now vulnerable, I stick the knife in with a Lobotomy, which catches Sam holding a pair of Repentances just waiting for me to tap out and be unable to regenerate my Slivers. Off they go, though she does get to keep her Pacifism and Plains. I then attack for another 3 with my Slivers, and leave Sam at 5.

Sam’s able to buy some time on turn 8 when she Time Ebbs my Winged Sliver, but knowing I’m just going to replay it she commits her Turtle to the attack. Back to me, I attack for 2 more after the Winged Sliver comes out, and it’s all but over. Sam’s able to Pacify one of my Slivers, but has no answer for the others and scoops on turn 10.

Again I’m quickest off the block with a turn-2 Clot Sliver, though I’m kept in check as Sam Power Sinks my turn-3 Mnemonic Sliver. When on turn 4 I try to play another one, it gets Counterspelled and I have to settle for a Metallic Sliver. Clearly Sam is wary both of a quick and difficult-to-manage start on my part, and on the card-drawing power of the Menmonics.

She does manage her first threat on turn 5 with a Knight of Dawn, with her at 18 life. I simply play a Winged Sliver to give my Slivers the ability to fly right over it, declare a 2-point attack, then play a second Winged Sliver before passing my turn. Next turn Sam adds a Puppet Strings, then attacks with the Knight for 2 to put me at 18. Back to me, Sam taps down a Sliver, taking the prospect of a 4-point attack down to a 3-point one.

Now at 13 life, Sam tries to take out another Sliver with Pacifism on turn 7, but that draws a Power Sink which taps her out. I’d ordinarily be more inclined to hold onto it as defense, but the momentum is firmly behind me and I don’t want to lose even a mote of it. Tapping her out means no defensive Puppet Strings, and all four Slivers go in on the attack to put her at 9. Next turn Sam attacks for 2 with the Knight before adding a Horned Turtle, then taps a Sliver to only take 3 from the counterattack. We end the turn 6-14.

I again Power Sink a threat on turn 9 when Sam tries to Time Ebb my Clot Sliver, though she does respond by Disenchanting the Metallic Sliver. She sends in both attackers to put me at 11. Back to me, I attack for 3 to cut her in half, then Dark Banish her Knight while she’s tapped out. Next turn she replaces it with a Wind Drake after attacking with the Turtle, but at the end of her turn I Dark Banish that, too. Thanks to the Puppet Strings, she’s able to reduce her per-turn damage to 2, but she has no further answers and scoops on turn 11.

Although having the appearance of a creature deck, what was most remarkable upon review of the deck was just how creature-poor it is. With only sixteen Slivers, the deck has plenty of room for the removal and countermagic that it uses to support them. In that regard, the deck works fairly well, though nowhere near what you’d expect from it’s approximate $75 sticker price on the secondary market might suggest. There are no Wastelands in it, just a few Sliver cards and some rather mundane rares like Extinction and Fevered Convulsions. 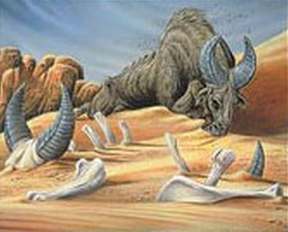 That latter card, though, was the MVP in a friendly game I had with Sam which went extremely long, as games of this era easily could. Once I hit the eight- and twelve-mana marks in a long control game, I was able to establish a soft lock on most anything Sam could produce thanks to Fevered Convulsions, and would draw powerful card advantage with Whispers of the Muse when there was nothing to drain down. The Slivers themselves, that storied tribe, were a virtual afterthought.

The drawbacks to this deck are in its creatures as much as in anything else. With few of them available, you can get into trouble when your opponent it packing a lot of removal or burn. Also, some of them are clearly better than others. I wasn’t all that excited when a Clot or Mnemonic Sliver hit, but the Winged Sliver was essential to my game. Clearly in the matches above the outcomes would have been quite drastically different if all of my forces weren’t carrying evasion.

Still, for decks of the time there’s little fault to find here. Extinction is a lousy rare to include, and Essence Bottle, Evincar’s Justice, Lobotomy, and Dismiss are all easy cuts for deck improvement. The Bottle is lifegain and a bit of a wasted slot, while Extinction and Evincar’s Justice tend to be cards that are more powerful against the Slivers deck rather than for it. Overall, though, it’s a solid package and a relatively fun deck to play.

Misses: For a Slivers deck, packs in comparatively few of them and doesn’t give you a lot of experience with their unique flavour; a good number of cards are suboptimal inclusions