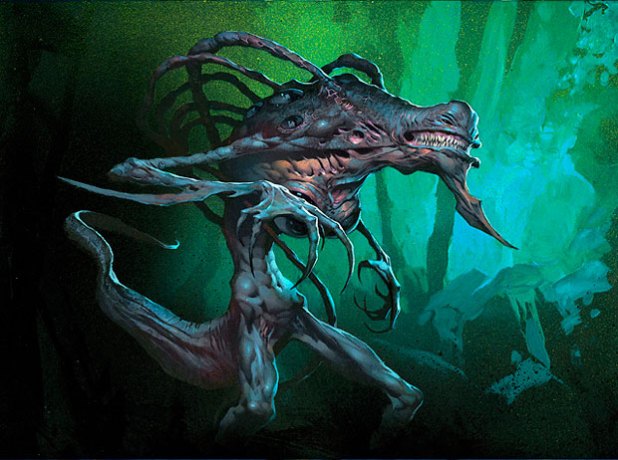 It’s that time again! Whispers of the Muse is our occasional feature where a Lament reader looks for advice and suggestions from the community in building off of a precon deck. Today’s deck couldn’t come at a better time, with ‘Action’ being announced as New Phyrexia and a massive leak of cards giving everyone something to salivate over.

Robert F has found himself in possession of two copies of Duel Decks: Phyrexia vs the Coalition, and has this to say:

Restrictions: Anything goes, I am a casual player.

Extra Stuff: The set was on sale at my local hobby store, so I have two each of the Phyrexia and Coalition decks to work with. I play mostly multi-player, as well.
I just want the deck to feel more refined, focused, and aggressive, although I do like the sacrifice effects and abusing Living Death.

I have a bunch of cards from alara block/m10/zendikar block/m11, but most importantly, a playset of Abyssal Persecutors that I think would feel right at home in this deck.

Who has some thoughts for Robert on how to best craft his deck? 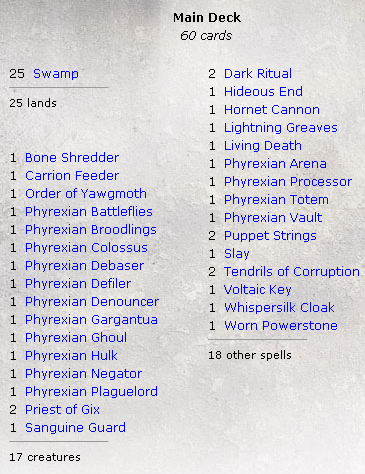