Magic Origins: Take to the Sky Review (Part 1 of 2) 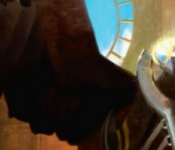 In the world of comic books, the “origin story” is one that looks back in time and tells the tale of how a super-hero or super-villain came to be. How they got their powers. Where their motivation to [choose one: save/destroy] the world. In short, how the character came to be.

Somewhat ironically, however, Magic Origins represents both a beginning, and an ending, and it’s a tale that’s been nearly a decade in the telling.

The “origin” of this story takes place around 2007, when Wizards of the Coast had decided they were going to reboot the notion of the Core Set. Core Sets up to that point had largely been biennial affairs, consisting of a slew of reprints of cards Wizards wanted to keep in the current environment. Magic 2010 was a radical departure. It had reprints, sure, but it had the feeling of being a ‘new’ set of Magic due to the inclusion of cards that had never before seen print. Sure, you had some ‘functional reprints’ of cards, such as Blinding Mage (a reskinned Master Decoy) and Kelinore Bat (Dusk Imp), but you also had brand new ones as well.

The plan would be that Core Sets would become annual events, released in the Summer, and beginning with Magic 2011, each new release brought back an existing mechanic from Magic’s past. Fifth Dawn’s scry made a return in 2011, while Guildpact’s bloodthirst came back for Magic 2012. New cards, new mechanics, and a new set each year, it’s little surprise that the sets generated no small excitement from the players.

Sadly, for those who have enjoyed the Core Set released (myself amongst them), Magic Origins is the setting of the sun.The three-set block + Core Set annual release structure has been retired, making way for two two-set blocks. But as we’ll see, Wizards in some ways went out with a bang. But for the moment, let’s take a look at Take to the Sky.

Hope Rises in the Hearts

The deck opens with a pair of Yoked Ox, beefy blockers that can soak up a ton of damage before falling. Cheap and sturdy, these are about as good as it gets for a one-drop in a deck that wants to play for time and congest the red zone. Whenever you see these sorts of cards pop up early, it’s a good sign that you’re dealing with a deck that either has expensive bombs on the back-end, or evasive creatures to do the dirty work while the ground game is gridlocked.

This latter supposition is bolstered by the fact that the other one-drop here is the flying Faerie Miscreant, a 1/1 with flash that offers the tantalizing prospect of cantripping- quite a bit for one mana! The deck packs a trio of them (an “Intro Pack playset”), but this is largely on the parasitic nature of the card rather than its intrinsic worth. Still, it’s very useful for some early damage, and card drawing is always welcome.

A pair of Sigiled Starfish comprise the deck’s two-drops, and the 0/3 statting of this card reinforces the defensive nature of the deck. Reprints from Journey into Nyx, these also represent the transition of scry into an evergreen mechanic rather than a returning one.

For three-drops, we’re limited to a pair of Watercoursers. These are a little less defensive-minded than the previous cards, able to adjust their power and toughness from 2/3 to 3/2 or 4/1, as needed. 4 power still makes a potent blocker, and it’s a creature your opponent may be wary of on the attack due to its ability to double its damage output.

Once we arrive at the four-drops, though, the deck really begins to blossom. Sure, there’s another set of defensive options in a pair of Nivix Barriers, flash walls that carry a power debuff when they enter the battlefield, but from there we find the spine of the deck. And if you could sum it up in a single card here, it would be the Thunderclap Wyvern. A solid 2/3 with flying, the Wyvern not only has a delightful ambush quality thanks to flash, but it also acts as an anthem effect for all of your air force. This combination lets it act not only as a surprise blocker or next-turn attacker, but a combat trick if you already have some aerial options in play.

And you’ll have a number to choose from, as the rest of the four-drops are flying creatures. There’s a pair of Charging Griffins, 2/2’s that swing in as 3/3’s, and two Tower Geists as well. The Geists in particular offer some welcome card advantage, since they effectively replace themselves in your hand with the best card out of the next two in your library. Between them and the Miscreants, you should be able to wring a few more cards out of your library than your opponent, giving you another advantage.

Moving on to the five-drops, we lead with the Totem-Guide Hartbeest. This Antelope comes to us by way of Rise of the Eldrazi, an environment filled with auras featuring the totem armor mechanic. Although you have a couple of creature-enhancing options in the deck, it will often be better to see the Hartebeest as a removal tutor. With a number of the deck’s removal cards coming in the form of auras (Suppression Bonds, Claustrophobia), it’s another element of card advantage for a type of spell that’s seldom unwelcome. As for the 2/5 body, that’s right at home alongside the Starfish and Ox.

We find our first rare card in the Soulblade Djinn, a 4/3 flier that offers a nice buff to your team whenever you cast a noncreature spell. Only the Demonic Deals deck has more noncreature spells, so you’ll get plenty of use out of the Djinn’s teamwork. Turning every instant into a possible combat trick is a nice touch, too.

Next up is the Aven Battle Priest, which strikes a flatter note than the cards we’ve seen up to this point. An evasive 3/3 is nice, but we effectively got that as a four-drop with the Charging Griffin. To be fair, the Priest’s stas are better when defending or looking to avoid death by direct damage, but when the only other thing we get for our additional two mana is a Healing Salve‘s-worth of lifegain, you can see that this card’s a candidate for removal as part of the “Intro Pack path to learning.”

Finally, we come to Alhammmarret, High Arbiter, the deck’s foil premium card and mentor of sorts to Jace Beleren. At seven mana, you’d hope that Alhammarret packs a wallop, and as a 5/5 with flying he’s certainly no slouch. He also has the ability to disrupt your opponent’s play, as he essentially bans from play a single card of your choice (from the options in your opponent’s hand) when it comes into play. That’s a strong ability, but not really optimal for the Intro Pack environment where singletons and two-of’s rule the roost. Still, it can give your opponent pause late in the game when they may be holding onto a bomb of their own, and hammering in for 5 in the air should put the game to bed quickly.

A Web of Consequences

Next up is the noncreature support suite, and we’ll start with the removal. As mentioned above, most of the deck’s removal is enchantment-based. This isn’t a problem where maindeck enchantment removal is relatively rare, and it allows the aforementioned Hartebeest to act as a two-for-one removal tutor. First up is Claustrophobia, which keeps its victim on tap-down status. This is great for creature control, but it should be noted that utility creatures with activated abilities can still use them.

You also get a pair of Suppression Bonds, a pricey but intriguing option coming in at four mana. What makes the Bonds interesting is that it isn’t limited to creatures, but rather nonland permanents. Your opponent playing a pesky artifact, enchantment, or even a planeswalker? Bonds ’em.

If you’re looking for more permanent solutions, your options are a bit limited. You do get a Celestial Flare, which does take care of an attacker or blocker- but of your opponent’s choice. Finally, Turn to Frog is in some ways your best kill spell, but it leaves behind a 1/1 Frog token. Overall, the deck’s removal isn’t “clean” in the sense of a playset of Doom Blades, but there’s just enough to keep the air lanes clear against most opponents. You’ll want to try and trust your deck to be able to absorb the ground hits, so save these for things that stifle your own attacks.

The deck also does carry a combat trick in the form of the Hydrolash. This card- which happily replaces itself in your hand- applies a power debuff to all creatures attacking you. This can help blunt your opponents offense, and even set you up to collect a kill or two in the red zone. There’s also a Negate for a dash of countermagic, albeit countermagic that can’t be used on creatures (what you might call “preemptive removal”).

Next up are a pair of creature auras. Stratus Walk gives your creature what’s referred to by R&D as “high-flying,” meaning the creature can only block other creatures with flying. It’s not that great here, since most of your other creatures are either not all that useful in the air (Yoked Ox, Sigiled Starfish) or have flying already. At best, this gives one of your defensive options the ability to block flying attackers, or an anemic attacking option from cards like the Totem-Guide Hartebeest or (if you’re lucky) the Watercourser. It’s a misfit here, but at least it cantrips.

Murder Investigation is another poor fit. This type of card rewards you for playing high-power creatures, but this deck has relatively few. You’d want this in a Green deck with a few Craw Wurms or the equivalent, where you can really recoup a swarm of 1/1 Soldiers. This deck trades individual offensive punch for evasion.

But the worst offenders may be a pair of Healing Hands. This is a three-mana lifegainer whose only saving grace is that it replaces itself in your hand, like some other cards in the deck. Alas, it’s also a sorcery rather than an instant, so it’s a bit clunky and best cast later in the game.

Overall there’s a nicely coherent strategy here, although a larger than usual collection of cards that are simply bad fits for the deck. Nevertheless, a deck shows its true mettle in combat, and we’ll put this one through its paces and report back on what we found. See you then!