We’re back to the world of Mirrodin as we kick off our Darksteel reviews! We begin with the playtest of Mind Swarm, a Black weenie and discard construction. Joining me at the table is Jimi, who’s happy to pilot the mono-Red Master Blaster. Both colours play aggressively, but today only one will play for keeps!

Jimi begins the match with a land drop, and I follow suit. Next turn, she adds a second Mountain alongside a Darksteel Brute. For my part, it’s another Swamp and a Specter’s Shroud. Back to Jimi, she then deploys a Darksteel Citadel, activating the Brute to attack in for 2. I then summon a creature of my own, Chittering Rats, which forces Jimi to put a card from her hand on top of her library.

Now turn 4, she adds an Oxidda Golem, attacking in with it for 3 to put me to 15. For my part, I stick the Shroud on the Rats, counterattacking for 3 of my own. Jimi simply dispatches them with an Electrostatic Bolt, so I replace them with a Leaden Myr, using my last mana to stick the Shroud on it. Back to Jimi, she adds an Iron Myr and passes, while I then summon a Scavenging Scarab. Neither of us opt to attack.

Jimi continues her build-up, bringing a Duskworker on-board on turn 6. I then play Geth’s Grimoire, equipping the Shroud to my Scarab and attacking in with it for 4. Jimi offers her Oxidda Golem up in trade, and so avoids having to discard a card. She then summons a Vulshok War Boar, a hefty brute which demands the sacrifice of an artifact when it enters the battlefield. Her hapless Myr draws the short straw, and off it goes. She then attacks in for 2 with the Duskworker, putting me down to 13. I play a Swamp and pass.

Now turn 8, after adding a Great Furnace Jimi activates the Brute and sends it into the red zone alongside the War Boar and Duskworker. I crush the Boar with Murderous Spoils, but can do nothing to prevent getting hammered by the other 4 damage. Down to 9, I equip the Shroud onto my Myr, attacking in with it for 2. This is the first damage I’ve managed to land on Jimi, and she’s forced to discard a Rustmouth Ogre. Thanks to the Grimoire, I get to draw a free card, and rip a Swamp. That goes right onto the battlefield, letting me play a Nim Replica. With Jimi down to one card in hand, I Wrench Mind it away- a Gemini Engine. I then slap down a Dross Golem, played for free thanks to its affinity for Swamps. Then the flurry of activity comes to an end, and I pass the turn.

Back to Jimi, she plays a Talon of Pain off the top of her library and passes. I then Essence Drain her Duskworker, clawing back three precious points of life for myself. This weakens her defenses, and I attack in for 8. Jimi takes it, going down to 10. Next turn, she draws and plays a Mountain, while I add a Mephitic Ooze.

A turn-11 Hematite Golem isn’t enough to save Jimi, as I slam back for 13 points of damage the next turn. Though chumping keeps her barely clinging to life, it’s the end of the line and she knows it. I play a Skeleton Shard and pass. After drawing a final card, Jimi concedes.

Jimi begins, encouragingly enough, with a Pyrite Spellbomb, which she follows with the trusty Darksteel Brute. After a Swamp and Vault of Whispers, I’m able to summon the Specter’s Shroud. Next turn as Jimi adds an Iron Myr, I enchant her Brute with a Relic Bane.

Now turn 4, Jimi plays a Darksteel Citadel after taking 2 points of damage from my enchantment. She then animates the Brute, attacking in with it and the Myr for 3. Back to me, I double down on the bleeding with another Relic Bane on the Brute. Next turn, Jimi attacks for another 3 after missing her first land drop, having taken 4 damage from the Banes to end at 14. I stall her for a turn with a Chittering Rats, costing her a fresh card next draw.

Turn 6 arrives, as does 4 more damage from my auras. Jimi’s becoming anxious, knowing Red has little recourse against that type of permanent and desperate for some sort of sacrifice outlet. Thanks to the indestructibility, she can’t even blow up her own artifact. She plays a Steel Wall, then animates and attacks with the Brute to put me at 12. Back to me, I play Pulse of the Dross catching Jimi with three cards in hand. She responds with an Electrostatic Bolt to kill my poor Rats, then reveals a Detonate and Rustmouth Ogre. I send off the Ogre, but since I have more cards in hand than Jimi I don’t get the Pulse back.

Next turn, Jimi does down to 6 life. She attacks for 3 with the Myr and Brute to leave me at 9, but she’s losing the race. For my part, I summon a Dross Golem and pass. Jimi then falls to 2 from the Banes. She draws, then scoops, as while the Dross Golem is no threat (remember the Spellbomb), the auras certainly are. A quirky win, but one I’ll happily take!

Again on the play and looking to turn her fortunes around, Jimi begins with a Steel Wall, while I deploy a Leonin Bola. Next turn she plays a Mountain and passes, while I find a Vault of Whispers to power out a Leaden Myr.

Now turn 3, Jimi’s first creature arrives in the form of a Krark-Clan Grunt. Back to me, I play a second Vault, then summon the Chittering Rats, again forcing Jimi to spend another turn drawing a familiar card. I then use my last mana on a Bonesplitter and pass. Back to Jimi, she attacks with the Grunt for first blood, adding an Iron Myr before ending the turn. Frustratingly for her, I then add a second Chittering Rats, which I then follow with a Wrench Mind. She throws away a perfectly good Gemini Engine, and is none too happy about it. 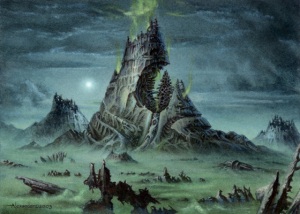 It’s now turn 5, and Jimi’s missed her second land drop in a row- though the Iron Myr certainly helps take some of the sting away. She plays a Hematite Golem and ends her turn. Back to me, I Relic Bane the Golem, then equip the Bonesplitter to one of my Rats and the Bola to the other. Next turn, I activate the Bola to tap down Jimi’s Golem. Undeterred, she Electrostatic Bolts the other set of Rats (the ones with the Bonesplitter) and attacks with her Grunt/Myr tandem for 3. Down to 15, I stick the Bola on my Myr and re-equip the Bonesplitter to the Rats.

Now turn 7, I again tap down the Hematite Golem with the Bola to prevent it from attacking. Jimi’s had enough, and Detonates the Bola. She then adds an Oxidda Golem, sending it in alongside the Grunt for a further 5 points of damage, leaving me at 9. Back to me, I summon a Leaden Myr and Specter’s Shroud, equipping the latter to the former. Jimi then plays a Pyrite Spellbomb, attacking in with her army for 7. A Leaden Myr chump-blocks the Hematite Golem, then the other one (with the Shroud) steps in front of the onrushing Oxidda Golem for the trade. I still take 2 from the Grunt, though, going to 7. Back to me, I stick the Shroud on the Rats and pass.

Jimi’s pulling ahead this time, though, and she doesn’t let up on the pressure for a moment. She cracks the Spellbomb to kill my Rats, leaving me wide open. An all-in alpha strike delivers the coup de gras.

Mind Swarm ticked off a couple of boxes for me. Longtime readers might know that I’m rather partial to discard. In addition, as I mentioned in the first part of this review, I used to run a bleeder deck back at the beginning of the game, filled with cards that punished opponents for playing permanents (see: Feedback, Warp Artifact, Psychic Venom, etc). Although this deck doesn’t have a lot in the way of the latter, I lucked into living the dream by Relic Bane’ing Jimi to death in a game that had the both of us cracking up at the table. This was most welcome in particular because of how much she dislikes playing against discard.

And Mind Swarm, despite the absence of a supporting enchantment like Megrim (which didn’t exist in the Mirrodin/Darksteel environment), is most certainly a discard deck. In the place of a damage-dealing card like Megrim, it has Geth’s Grimoire, and this bears a special call-out. Although the payoff is tantalising, with the prospect of drawing cards to refill your engine and let you outrace your opponent, the card itself is something of a trap. For one thing, it costs four mana and does absolutely nothing on its own. If you haven’t managed to set up a reliable discard tactic, your opponent more or less Time Walked.

One can see the logic at work behind the card and its inclusion, since weenie decks are susceptible to running out of gas in the long game, but the prospect of extra card draw doesn’t make up for the advantage typically offered by Megrim-like effects: reach. Another common weakness to swarming decks is that they tend to stall out once the red zone gets congested, as an opponent presumably plays more and better creatures and attacking loses profitability. But it’s here where the ability to send damage across the table becomes most important, and the deck suffers from the absence of a mechanism that would allow it to do just that.

In fairness, it does try to make up some lost ground with evasive creatures, and has some modest measure of success there with five fliers. Dross Golems have fear, but that’s largely irrelevant in an environment crawling with artifact creatures. Still, Mind Swarm has a sizable creature population, and if you can get out ahead of your opponent early in card count by savaging your hand, it stands a fair chance of outracing to the finish line. If your opponent manages to stabilise, though, the task becomes that much harder. Once Jimi was able to empty her hand and play off the top of her library, where her cards were safe from my reach, my deck became that much less effective.

One the whole, though, Mind Swarm is well worth a look given its less traditional approach, combining weenie/swarm with discard. It was a blast to play.

Hits: Superb discard package, including Pulse of the Dross as a champion’s choice for rare; decent removal package lets you clear the way for your attackers;

Misses: Creatures a bit on the smaller side, leaving the deck susceptible to running out of gas; supporting discard with card draw instead of damage is definitely second-tier