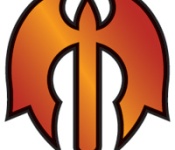 In the wake of the spoiling of Theros, this Autumn’s block (along with the next two sets, Born of the Gods and Journey into Nyx), today the mothership treated us to a grand unveiling of the next Duel Decks release!

Duel Decks: Heroes vs Monsters will hit shelves early this September, and will contain a half-dozen preview cards from Theros itself. Here’s the teaser:

Monsters worthy of legend have always threatened the civilizations of the Multiverse. Heroes of many worlds must prove their worth by confronting these immense creatures. These heroes grow stronger with every encounter as they assail threats beyond their imagination.

Materializing out of the mist, monsters loom large on the horizon. Terrifying and relentless, these mythical creatures ravage the countryside. Enrage your monsters into jaw-dropping monstrosities and send them rampaging toward the enemy.

Sounds exciting, but “enrage your monsters”… could that be some kind of foreshadowing for a Theros mechanic? Only time will tell!