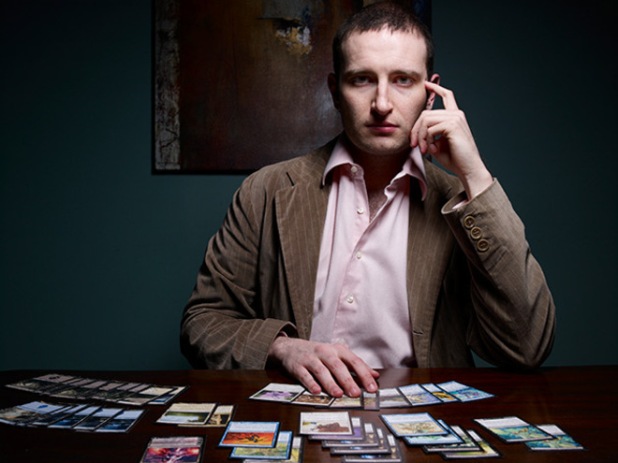 Even if you’re a Red Sox fan, you have to admit that Alex Rodriguez is an extraordinary baseball player. Unless he’s caught, say, wagering on Reds games, he’s a lock for the Hall of Fame- and almost certainly first-ballot. He plays high-profile ball on a high-profile ballclub, and even most casual fans know of his accomplishments.

However, it’s probably also fair to say that a decade after he retires, he’ll be one amongst many, and his name will fail to carry the same gravitas that the utterance of names such as Ty Cobb and Honus Wagner carries. It would not surprise many to learn that if we were to compare Cobb and Rodriguez in some sort of Deadliest Warrior baseball variant, Rodriguez would emerge the victor. Why, then, the disparity in reputation?

Certainly, one must conclude, there is a value to be placed in getting your accomplishments in early in the development cycle for the game you’re participating in. We love our legends, and while latter-day legends do happen (see: Wayne Gretzky, Michael Jordan), there’s certainly a steeper hill to climb to obtain that status. To earn it, you must stand head-and-shoulders above your contemporaries, a feat more easily done in the infancy of your undertaking. The more heads and shoulders there are, naturally, the taller you must be to be so enshrined.

And so it is that in a game filled with Patrick Chapins, Brad Nelsons, and Luis Scott-Vargases, players so well-established that they are known not only by their accomplishments but by their personalities, that a name like Jon Finkel still resonates.

The Pro Tour made its debut in 1996 in New York, and a young Jon Finkel made it into the Top 8, putting himself on the map and beginning a journey that would see him become one of the brightest stars in Magic’s sky. By the turn of the milennium, Finkel had racked up no less than eight first-place finishes: three Grand Prix, three Worlds, a Nationals and a Pro Tour. Such was Finkel’s stature (“the most illustrious Magic player in the world,” according to Wizards of the Coast) that Wizards extended him a unique invitation: take on Magic creator Richard Garfield in a battle of wits and skill, with a corresponding preconstructed product release.

The rules were as follows:

> The rarity mix was set by Wizards: 4 Rares, 12 Uncommons

> No mare than two copies of any card (excepting basic lands)

> No colour hosers (this was actually added during the development phase)

And with those restrictions firmly in place, “Johnny Magic” rolled up his sleeves and got to work. The result? A 62-card Red/Black burn-n-beats deck driven by a Necropotence engine. We’ll start our analysis with the beats.

In reviewing the environment, Finkel soon realised that he had to abandon the early game due to a lack of efficient threats in the environment worth their slot in the deck. “It doesn’t do much for the first two turns,” he wrote in the product’s liner notes, “…but every turn after that, you should be able to play an efficient, versatile, hard-to-neutralize creature. Seriously, every creature in this deck is a problem for your opponent.”

Naturally enough, this strategy presents a rather unusual mana curve:

(Because of the unique restrictions of the format, all selections will be left as green)

Though these selections do surrender the early field, the deck does have some explosive potential with a pair of Dark Rituals included. One additional factor bears explicit mention before we deconstruct the deck- Finkel’s metagame was one person: Richard Garfield.

Finkel’s selections offer a perfect example of the need to minimise variance. Given the restiction of only two copies of any one card, he selected his ten three-drops by finding the best cards available in that slot and throwing in two copies of each.

Lim-Dûl’s High Guard: Simple 2/1 first-striking regenerators, the High Guard hasn’t stood up well with the passage of time, but regeneration and first strike are both minor abilities in Black, making this an uncommon pairing

Orcish Cannoneers: Back before the Goblins emerged as the weenie tribe for Red, Orcs were competing with them for cards. Ironclaw Orcs were in Alpha, as were the Orcish Artillery (the card upon which the Cannoneers are based). Although Fallen Empires gaves the Orcs much-needed love, survival of the fittest winnowed them out to virtual extinction (the last original Orc was printed in Time Spiral, which tells you something right there). Even the mighty Cannoneers were eventually “converted at swordpoint,” turning into Magic 2010’s Goblin Artillery. Regardless of tribe, the card has some value in an aggressively-minded approach, illustrating the Black/Red “anything to win” approach.

Phyrexian War Beast: The most efficient beater in the deck, but also one with a potentially dangerous downside (not surprisingly given the word “Phyrexian” in its name)- the Beast pinged you and took a land with it on the way out. Still, a 3/4 for only three colourless mana was too good to pass up.

Storm Shaman: Not every card from ‘back in the day’ has been outclassed by the power creep over time. The Shaman here was designed solidly enough that it made a comeback in Zendikar- albeit, under the guise of Molten Ravager. That’s not to say it wasn’t touched by the power creep, as it only made Common in Zendikar (versus Uncommon in its reprinting in 7th Edition)

From there we see the four different cards that comprise the deck’s four-drops. Again, two of each card except for one of the deck’s Rares.

Abyssal Specter: A direct, “fixed” descendant of the original Hypnotic Specter, the Ice Age version came with an extra point of toughness, but cost one mana more and forced only selected discard, as opposed to the far superior random discard of the original. Random discard was soon to have its glory restored as Fallen Empires contained one of the best discard spells of all time: Hymn to Tourach.

Balduvian Horde: Players with long memories will immediately remember the Horde, as it was the “chase rare” of Alliances back in its day. A 5/5 for four mana- yes please! Over time as the concept of card advantage gained wider currency, the glory of this card faded, but it’s a great inclusion here if for no reason other than nostalgia for its pilot.

Goblin Mutant: Continuing the proud Goblin tradition of powerful members of the tribe having troubling drawbacks (see: Mogg Flunkies for a later example), analysis showed that the benefit of this card was probably outweighed by its handicap. Soon after, Fallen Empires would offer the archetype a new lease on life with the Orgg, which for one mana more was a 6/6 instead of a 5/3.

Phantasmal Fiend: The atypical lack of Blue in the deck didn’t stop Finkel from knowing a good card when he saw it, for it’s “nearly unkillable” 5 toughness would be hard to deal with in the format. 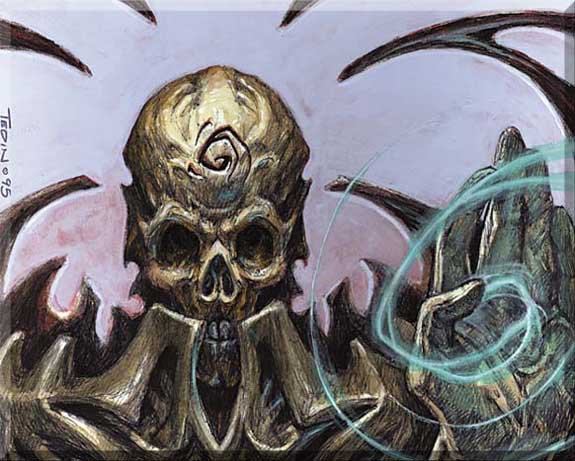 Finkel applied a single-minded focus to his noncreature support as he did to his creatures: identify the good ones, then add two copies of each. With rare exception, these supporting cards are burn/direct damage, and removal.

There are no shortage of ways to finish off a wounded enemy here. Two Incinerates are the gold standard in a Lightning Bolt-free environment. Guerrilla Tactics shave a point of damage off for the same mana, but have an unusual if-discarded clause (though likely Finkel was just looking for workable burn). Lava Burst was the set’s straightforward red-X spell, following in the tradition of the common Fireball and Disintegrate (which faded to longstanding obscurity but is returning as Red Sun’s Zenith in Mirrodin Beseiged). Finally, Soul Burn is the kind of convoluted card you’re unlikely to see printed in today’s environment. Flavour-rich but mechanically clunky, it attempts to simulate the draining of a creature’s soul.

Next there’s the abundant creature-kill, which while lacking the reach of the previous cards still have a vital role here. We have a pair of the proto-Doom Blade card Dark Banishing, which for one more mana adds a non-regenerative clause. Contagion was Black’s contribution to a very famous cycle of cards that allow you to play it without mana if you exile a card from your hand. While all but one of the rest of the cycle has been more or less lost to time (Scars of the Veteran, Bounty of the Hunt, Pyrokinesis), most players are quite familiar with its success story, Force of Will.

Finally, the two Pyroclasms will be quite familiar to the modern player of the game, filling the same role then as it does now- an anti-weenie board-sweeper.

While the pair of Dark Rituals has already been mentioned above, the final three cards are some of the most powerful in the game in their age. Two copies of the infamous Icy Manipulator (one premium black-border foil, one deck-standard white-border) were added in for disruption, and the marquee card of the “Black Summer” itself, Necropotence. Then as now, trading life for cards is frequently a good deal, as we see from cards ranging from Phyrexian Arena to Sign in Blood.

The noncreature support cards (although when they outnumber the creature cards, could you really call them “support?”) fill in the holes nicely in the mana curve:

In the next column, we’ll turn our attention to Richard Garfield, Magic’s creator and Jon’s competitor in the Deckmasters challenge, and see what his incredibly creative mind has cooked up. From there we’ll be pitting the decks against one another, and recording our results. See you in two days’ time!