Rise of the Eldrazi: Leveler’s Scorn Review (Part 1 of 2 )

Question: So if Leveler’s Glory warrented little but scorn, does that mean Leveler’s Scorn will be deserving of glory? Certainly it has all the necessary makings, using Blue’s Level Up creatures instead of White’s, and with Black for its superior removal capabilities. But as we’ve seen, the Rise of the Eldrazi decks tend to follow the ‘meandering muddle’ style of construction- a few cards for this strat here, a few cards for that strat there- and seldom hew any one path particularly well. It’s been something of a mixed bag at best, and as we begin to concluse our visit to Eldrazi-infested Zendikar, we have high hopes we can end on a high note.

We’ll begin, of course, with the backbone of the deck- the creatures.

A Trap for Small Minds

Although the mana curve appears only slightly overweight in the three-drop slot, appearances can be a bit deceiving:

While it’s obivious that almost half of your creatures are jammed in there, the deceiving part is that your early Level Up creatures (the two Skywatcher Adepts and a Hada Spy Patrol) all have a Level Up cost of three. This is too much congestion, as the Level Up creatures are best suited to where their development and your board development don’t cannibalise one another (with some exceptions like the Student of Warfare, whose first-turn deployment and resource hogging is your board development).The situation only gets worse when you consider that two of your three Black removal spells are three-drops… this deck is tripping all over itself!

Moving on to the creature selection, it too is a bit underwhelming. You have your Level Ups: the Skywatcher Adepts, a Hada Sky Patrol, and an Echo Mage, and while the deck rightly consigns its noncreature spells almost entirely to Instants and Sorceries, we’d have been so much happier with a Coralhelm Commander as our second rare. The rest of the early-to-mid drops are a bit of a muddle. You have the “aggressive” Coral Merfolk, some uninspiring defensive options (Wall of Bone, Phantasmal Abomination), a Sea Gate Oracle, the unblockable Phantom Warrior, and of course, a Venerated Teacher (who rightly belongs here).

Although there’s not a four-drop in sight, the deck has a few top-of-curve beaters. The Zombie Goliath is the Goblin Piker of Black precon decks, and makes another appearance here. The Enatu Golem is essentially six mana for a 4/4 with a trifling amount of lifegain attached, and is a fairly weak option (in fact, once you actually get to six mana, you might well be focusing on doubling up on your three-drops and leveling, since you can now do these twice a round). Finally, the king beater is the Sphinx of Magosi, and he is a beauty. A 6/6 flyer for six mana is already a steal, add on the card advantage and growth ability and you have a top-notch beater.

Gradually, a theme of “set up your defenses, develop your levelers into evasive bodies and evade for the win” seems to be the deck’s objective, accomplished in a somewhat haphazard manner. It’s doesn’t appear as painful an experience as Leveler’s Glory, though there seems to have been some poor planning that left the three-drop position so overstuffed. Next, let’s look and see how this jumble is supported. 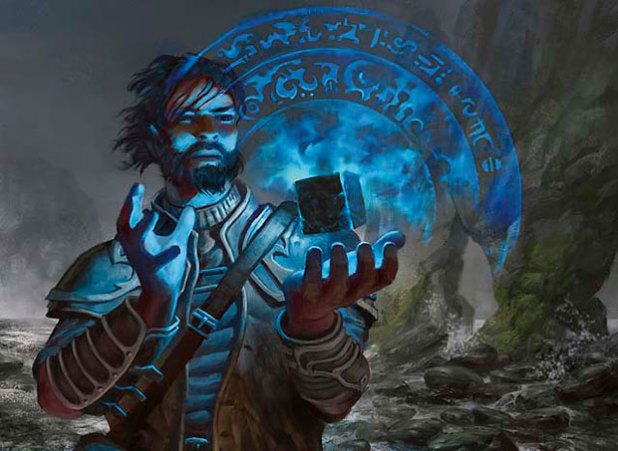 If this deck is anything, it’s at least consistent- the noncreature spells are likewise a reasonable collection with some very loose threads. The removal package, while slight, isn’t terrible- a Doom Blade, two Last Kisses and an Unsummon. That’s as much as you sometimes get in 60-card precons. There’s also a Domestication, which is removal and creature gain all in one, albeit somewhat conditionally.

For utility, the deck grants you a See Beyond and Negate, neither of which are bad at any point in the game. Indeed, there are only two true duds here: Telepathy and Fleeting Distraction. Since the deck gives you a grand total of one counterspell- and a conditional one at that- the Telepathy is very nearly useless. And for my one mana, I’d greatly prefer a second Unsummon over the very poor Fleeting Distraction, even if it does cantrip. Here’s the full mana curve of the deck:

All told, it will be very interesting to see how this deck plays out. Will it logjam after the third land is played, as expected? Will its evasion theme be enough to take games? We’ll be taking it to the field, and reporting back in two days. See you then!