Zendikar: Rise of the Vampires Review (Part 1 of 2)

As previously discussed on our feature on Vampires in Magic, the eclipse of the Zombie tribe by the Vampires entered full swing with the Zendikar set. Although a last-minute addition in design, they went on to stake a claim to a very flavourful part of Zendikar lore. Rise of the Vampires, as a mono-Black deck, seeks to showcase this aspect of the set, and does a respectable job of giving them their proper showing. The model was successful enough that Wizards would go on to recur it in Worldwake, which featured an updated version of the concept.

In previous incarnations, Vampires tended to be bigger and at the higher rarities. Magic’s “Vampire 2.0” slotted nicely in the design space once occupied by their less comely Undead bretheren- namely, the Zombies- which was comprised of Weenie creatures with frequent ‘twist’ abilities or gimmicks. In our analysis of the deck, there is no better place to begin. 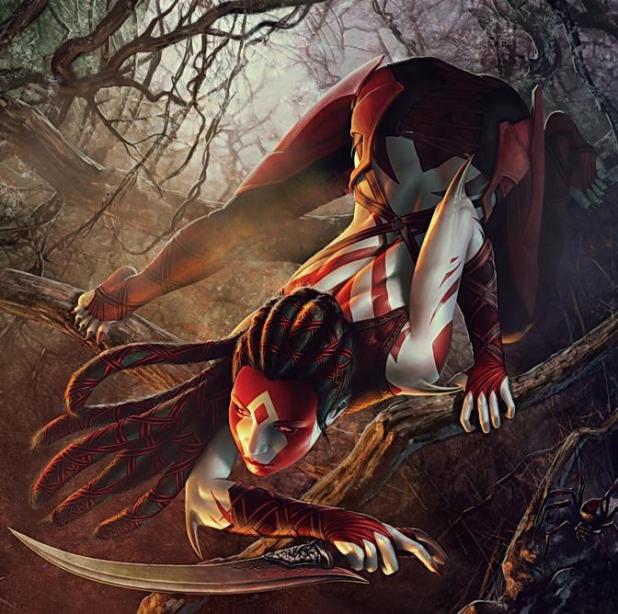 Vengeance on the Entire World

Rise of the Vampires fittingly positions itself in a highly-aggressive Weenie-based strategy. Indeed, outside of the minor loss of life commanded by Hideous End, creatures will be the only way for this deck to win, and any pilot must push hard right out of the gate to establish solid, early board position. To that end, the deck has a very capable mana curve:

With lots of early options, and very few expensive beaters to clog up your hand you should be firing on all cylinders by Turn 3. Seven one-and-two-drop creatures mean you’ll almost certainly have at least a turn 2 play, and frequently sooner with an early Guul Draz Vampire or Acolyte of Xathrid. Although the Acolyte’s special ability means that they needn’t worry about crossing into the red zone (with all the perils that brings), the card is too slow and weak to carry its weight in the deck.

In the two-drop range, the Child of Night tandem is a reasonable choice, with their Lifelink ability somewhat offsetting their frailty. Gatekeeper of Malakir is superb, and should almost never be cast unkicked. Things go downhill with the three-drop Mindless Null– a pure garbage card- but is more than compensated by a brace of Vampire Nighthawks.

The Vampire Aristocrat is a solid closer, useful for converting your army into straight damage to finish off a damaged opponent. The deck has only one recursion option (Rise from the Grave), so sacrifice with caution. From there, a singleton Heartstabber Mosquito (solid two-for-one removal), a Zombie Goliath for beats and the Malakir Bloodwitch round out your creature force. The Bloodwitch in particular seems custom-built for this sort of deck- her syphon life ability should give you a solid swing by the time she comes on-line. 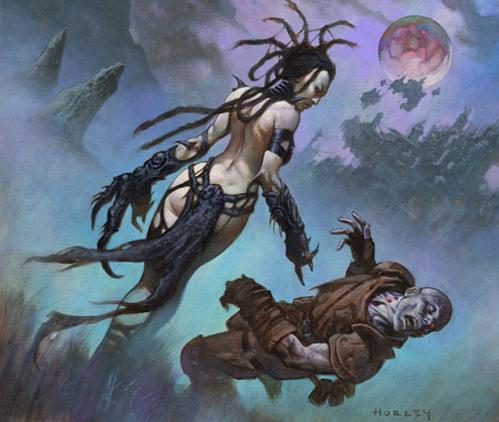 The Whispers of Power

A Black Weenie deck, though, is nothing without the ability to clear a path through the middle, and to that end Rise packs a very capable removal suite. In addition to the Gatekeeper and Heartstabber, two Feasts of Blood and a Hideous End will keep the lanes open between you and your opponent. In addition, a pair of Vampire’s Bites can be used as ersatz removal (or to get through an extra dose of damage). Because you’ll be using two cards to remove one (since your own critter will likely be consumed in the process), this is very inefficient and should only be used when absolutely necessary.

The aforementioned Rise from the Grave gives you a dose of recursion, while Blood Tribute can yield truly massive swings in life totals if played early enough. Lastly, a singleton Diabolic Tutor acts as a sort of placeholder multitool, fetching the answer you need from anywhere within the deck. In summary, the deck’s mana curve takes on the following aspect:

All in all, the degree of focus in Rise of the Vampires rivals that of The Adventurers, another very successful Zendikar preconstructed. Join us in two days when we sleeve up Rise and see if it performs as well on the field of battle as it does under the microscope!