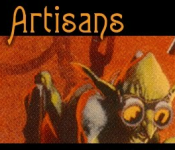 There’s something about a competition that brings people together once it’s concluded. Certainly in my seasons playing Aussie Rules, there was nothing better than sharing tales on the day over a few pints with the opposition after the game. One could hardly expect things to be much different when the clash is in the arena of the mind instead of the body, and it is just this coming together that has inspired some of the more interesting collaborations in the Magic community today.

For instnace, in late 2010 Star City Games hosted the Talent Search, a call for new writers and fresh voices to the Magic scene to compete for a steady writing job. It attracted a great deal of talent, and of course while many were worthy only a few could win. Once the contest was over, three of the entrants- Daryl Bockett, Brandon Isleib, and Bruce Richard- put their heads together and founded The Muse Vessel, a site focusing on their shared passion, multiplayer Magic. In a turn of events that reinforces the lesson that hard work creates its own fortune, all three were picked up as staff writers by Gathering Magic a year later, and all three continue to produce excellent content well worth a read.

A similar thing happened with last year’s Great Designer Search 2. This time, the challenge was to find a new member for Wizards R&D, and the second incarnation of the contest took a decidedly more collaborative approach. Each contestant was expected to assemble a team to help with design, and when it concluded a number of the contributors and contestants decided that they had more to offer on the topic. So began Goblin Artisans, a superb design blog.

Last August, Jay Treat and the Artisans kicked off a massive project- designing a Core Set. Many players have dreamed up new cards or the idea for a set, but the Artisans took the professional approach by breaking down previous core sets in to design skeletons, and set about building a fictional M13 (viewable here at Wizard’s Familiar). It’s been a great ride, and they’ve recently concluded design of the set. In that light, we’re partnering with the Artisans to bring you the Build a Magic 2013 Intro Pack Contest.

Inspired by the You Make the Mirage Theme Deck articles on the mothership (which resulted in the Burning Sky Theme Deck on Magic Online), we’re looking to make a single M13 Intro Pack through the input and collaboration of the Ertai’s Lament community. We’re keeping it simple and fun, and the guidelines are as follows:

1. Beginning today, we’ll kick off each segment with a poll here in the feature article, much as was done on the mothership. Each poll will be kept open for four days. We encourage voting, of course, but what’s more we’d love to see input and feedback in the comments! Tell us what you chose and why. Let everyone know how you’d see the deck shape up!

2. After we’ve assembled the deck, we’ll randomly pick one comment from each of the poll articles. The commenter’s name will go in a hat. That means you’ll want to comment in each new article to maximise your chances of winning! Note that comments have to be real comments. We’ve always been very liberal with our definition of “real,” but just want to avoid comments that don’t engage the narrative in any way or are one word in length.

3. We’ll randomly choose two names out of the hat. Each winner will receive a Magic 2013 (the official M13) Intro Pack and a trio of M13 boosters!

That’s it! So to get us started, here’s our first poll. Which colour pair would you like the deck to be? Because the Goblin Artisans M13 design plays with allied colours (more on that as we go), we’ll pick from those:

So in short, vote in the poll, discuss in comments, and help design an M13 Intro Pack deck for the Goblin Artisans M13 set, and you could win one of two prize packs just in time for when the real M13 hits the shelves!